Version Three of Writhed Resources was a result of an interesting time in my life. Writhed Resources had been dead for several months, and even I had stopped visiting because of the lack of active users. For some reason, I came back and I wanted to make a similar layout to v2, but I wanted to make it even more untraditional than before by using an even darker color scheme. This is also the first time I used cream in my designs, which ended up being a color I would use in many future designs. Version three didn’t last long, however. It launched in January 2011 and would be replaced with version 4 only 7 months later. 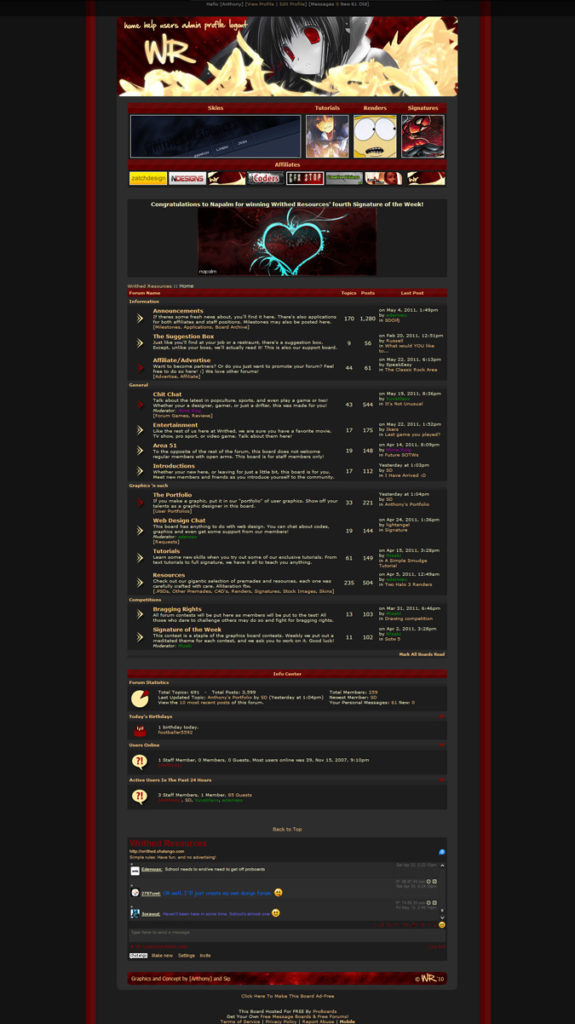